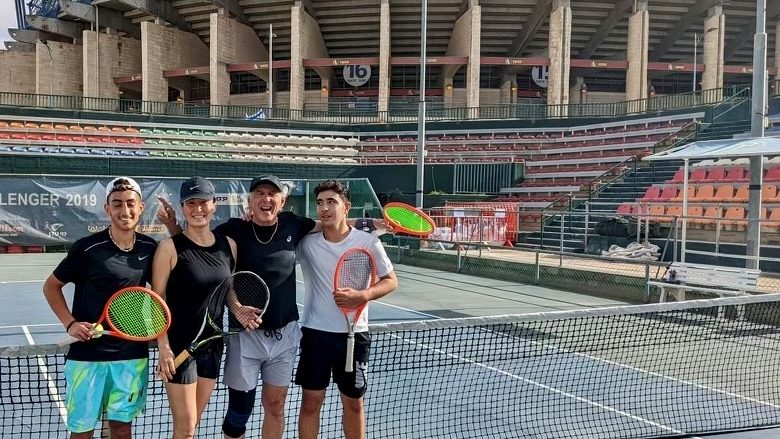 Welcome to a brand-new content series where we highlight some of Tennis Canada’s amazing donors. It’s thanks to the support we receive from our generous donors that we can continue to fund various projects from the grassroots level to the national stage. Here, we recognize the people who help us make Canada a tennis nation.

In 2020, during the midst of the COVID-19 pandemic, Tennis Canada was forced to suspend many events, including the world-renowned National Bank Open presented by Rogers in Toronto and Montreal. As a result of the postponements, the organization recorded losses of $17 million and found itself in dire need of help.

George Fischer, one of Canada’s most prolific landscape photographers and a tennis enthusiast, found out about Tennis Canada’s financial pain, and he and his late wife Karen Green stepped up and donated $1 million to the organization.

They have also donated an additional $250,000 (25 awards worth $10,000 each) over five years to support the cost of coaching and travel for young, up-and-coming players.

When Tennis Canada announced in October 2020 the renaming of the Junior Nationals, George spoke to the organization to describe the purpose behind their generosity.

“This investment is a representation of our passion for tennis in Canada,” said George Fischer. “We are determined to do whatever we can to help develop more high-performance players so that we can see more Canadians winning more Grand Slam titles, Olympic medals and our teams make deep runs in the Davis Cup and Billie Jean King Cup.

“We understand the financial difficulties Tennis Canada is currently experiencing as a result of COVID-19 and we see this investment as a legacy gift that will help immensely in the short-term but also ensure progress is made in the long-term. We hope that in being made aware of the losses incurred by Tennis Canada as a result of the financial impact of the COVID-19 pandemic that more donors come forward and make similar investments. It is a true honour to have the Junior Nationals renamed the Fischer Junior Nationals.”

Tennis Canada hosted the inaugural Fischer Outdoor Junior Nationals in the fall of 2021, and this year, the Fischer Indoor Junior Nationals made its long-awaited debut and crowned their first-ever champions. Both tournaments have singles and doubles draws and are divided into four divisions: U12, U14, U16, and U18.

Tennis has always been close to George’s heart, and he’s been playing the sport since he was the same age as the talented youngsters competing in the event named after him. He’s currently a member of the Mayfair Toronto East Club, and in an interview with Mayfair, admitted that he still tries to get out and play every day with his friends.

Besides chasing around a yellow ball, George is one of the nation’s most talented photographers and specializes in landscape and cultural photography. He’s published over 70 photographic books and 50 art posters, and his photos have appeared on the cover of numerous international magazines, newspapers, and promotional publications of worldwide tourism agencies.

George adores his profession and even acknowledges that two of his biggest passions in life are tennis and photography.

At the Fischer Junior Indoor and Outdoor Nationals, George gets to do both.

Tennis Canada is grateful to all of its donors. To learn more about how you can support tennis in Canada, please contact jbridgman@tenniscanada.com.