Tweets of the week: Serena snaps selfie with first-round opponent in Parma 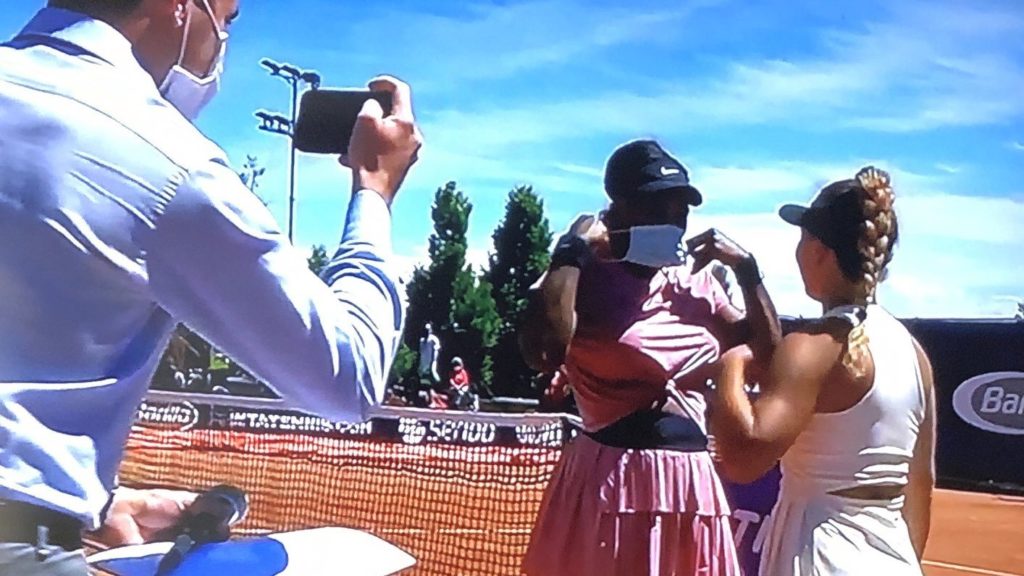 Cute moments of the week

We all have one or two favourite tennis players. A lot of us also have pictures with those players that we managed to get in a practice court during a tournament or maybe after fighting through a crowd of fellow fans when a match is over.

But Lisa Pigato got the best photo op ever with Serena Williams: right after they played in an official WTA match against each other. How awesome is this?

Now look at this: Karen Khachanov also had a pretty special moment on court, as the crowd sang him Happy Birthday! So nice.

Speaking of birthdays… 1. Yes, Caro, you still got it! Maybe you could go on and win a Grand Slam like BFF Serena? 😉

2. That is awesome news, Kei! A father to be… Congratulations on your first child!

Another year, another clay title for Rafa Nadal. I mean, not just any title: his 36th ATP Masters 1000. Also, he beat Novak Djokovic in the final. Anyway, here’s some of his craziest numbers:

Please, delight on this montage of Rafael Nadal lifting all of his 10 Rome trophies!

Iga Swiatek: the early days of a future GOAT?

Here’s something that doesn’t happen too often: a WTA 1000 final that ends in a double bagel. Iga Swiatek managed the feat, completely outplaying Karolina Pliskova. By the way, Swiatek is a big fan of Nadal, and has a game that is quite similar to his… I wonder if we’re witnessing the beginning of a legend. 🤔

Did I mention how similar they are??

Just to wish you a good weekend, here’s a compilation of Roger Federer gifs from his match this week in Geneva. That’s it, enjoy!

Fededer did not win that match, sadly, but it’s nice to see him back (again). Also, congratulations to Pablo Andujar on a memorable win!