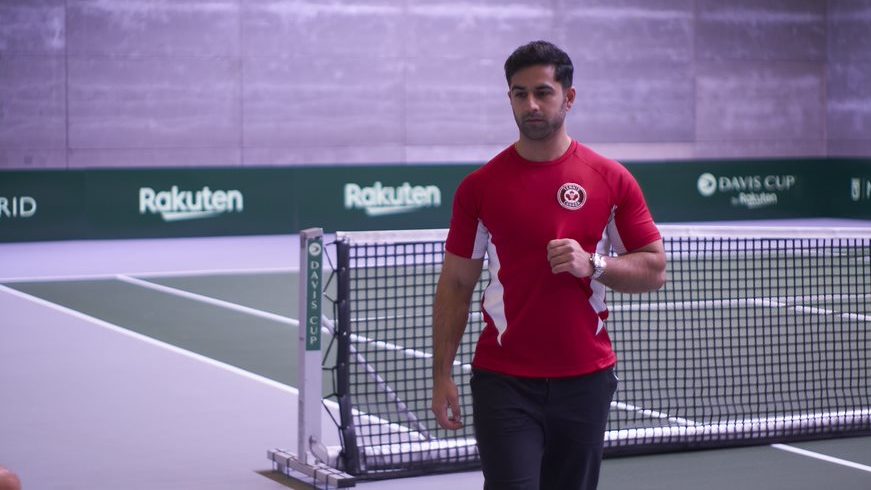 At the forefront of every team are the athletes that compete on the court. At times, it’s easy to forget the many people behind the scenes who provide all the support they need to perform at their best.

In our Behind the Team series, we introduce the support staff members whose understated roles are never undervalued. This time, we put the spotlight on Taran Ohson, the Team Chiropractor onsite in Madrid with the Canadian Davis Cup team presented by Sobeys as it prepares to compete in the 2021 Finals.

At 29-years-old, Taran is a Doctor of Chiropractic having studied in his hometown Hamilton, Ontario as an undergrad and then in New York. He was inspired to go into the field having worked through a number of injuries during his time as a soccer player.

“I spent a lot of time in the physio room, so I always had a passion for health and fitness, training, and weightlifting,” he said. “So, it was a natural progression for me. As a former athlete I wanted to continue helping people get back to whatever they wanted to do, but I never thought I’d be doing what I’m doing now.”

Having completed his studies and worked as a Chiropractor for a few years, he got involved with Tennis Canada after his good friend and mentor put his name forward for a position with the Canadian Davis Cup team. His first tie was a memorable 3-2 win over Slovakia in February 2019.

“My mentor, Mike Prebeg, who I owe everything to, was able to help me find an interview spot and I got it,” Taran continued. “It [the tie in Slovakia] was my first experience with Tennis Canada and I learned a lot. I was really fortunate to have such a great group of support staff. Everybody was fantastic. Frank Dancevic, the captain, was awesome and showed me the ropes. The rest of the medical staff as well, Alain [Team Manager] helped me so much. The first tie was unforgettable.”

That win over Slovakia propelled the team into the 2019 Davis Cup Finals, where incredible victories over the likes of the United States, Italy, Australia and Russia saw Canada reach the final, which they lost to host nation, Spain. That means Taran’s record since coming on board sits at an impressive 5-1. He joked: “I’m almost undefeated!”

In preparation for the ties in Madrid, the team battles through long days of practice, rest and recovery as they gear up to take on Sweden (November 25) and Kazakhstan (November 28), live on Sportsnet and TVA Sports. And it’s no different for the medical team, whose days often consist of early mornings and late nights.

“After dinner is really when we get our work done,” Taran said. “That’s game time for us. There’s a priority list depending on who’s going to play so we factor all of that stuff in. We get to work, work through the night and we finish when we finish.”

It’s made all worthwhile by the camaraderie and team spirit among the group, though, he says: “It’s a blast. Everyone gets along. There’s no drama, there’s no ego and we’re just there to support the team. Everybody is held in equal weight.”