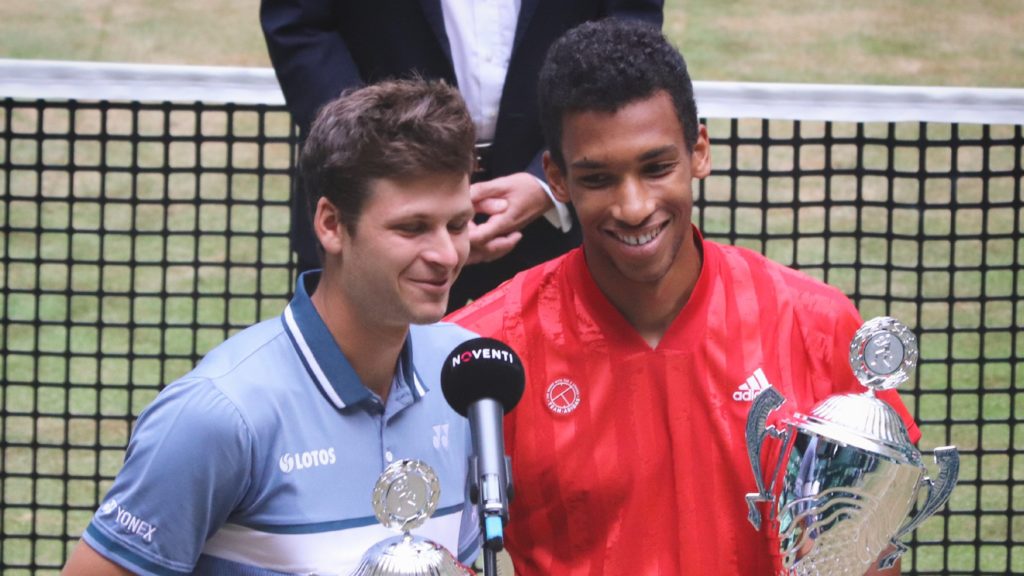 Vying for a second ATP doubles title of his career, Canadian Félix Auger-Aliassime and Poland’s Hubert Hurkacz fell 7-6(4), 6-4 to third seeds Kevin Krawietz of Germany and Horia Tecau of Romania in the doubles final of the Halle Open on Sunday.

Having claimed his maiden doubles title alongside Hurkacz at the 2020 ATP Masters 1000 event in Paris, the young Montrealer was hoping to add to his trophy cabinet with another championship. Auger-Aliassime had enjoyed a successful run to the semi-finals in the singles main draw which included a breathtaking win over fifth seed Roger Federer. Coincidentally, his campaign in singles began with a 6-3, 7-5 victory over doubles partner Hurkcacz.

Their run to the doubles final included victories over Russian duo Andrey Rublev and Karen Khachanov, fourth seeds Jean-Julien Rojer and Wesley Koolhof of the Netherlands, South Africa’s Lloyd Harris and Israel’s Jonathan Erlich, as well as Germany’s Tim Putz and Michael Venus of New Zealand who were seeded fifth.

In their title showdown with Krawietz and Tecau, Auger-Aliassime and Hurkacz stayed steady on serve and saw the first set out to a tiebreak. Even there, it was a fierce contest with neither team willing to give their opponents an inch. However, two minibreaks went the way of Krawietz and Tecau – while there was just one for the Canadian and Polish pair – meaning the tournament’s No. 3 seed took the first set.

The second was much the same – a tight contest which featured strong service holds from both teams. It wasn’t until the eighth game, on serve at *3-4 that Krawietz and Tecau crafted the first break points of the set. But Auger-Aliassime and Hurkacz held strong to battle back and claim the game. They couldn’t perform the same heroics on their next service game, however, as their opponents took the second of their break point opportunities to claim the set and the match.