Auger-Aliassime stunned by surprise opponent in Olympic first round 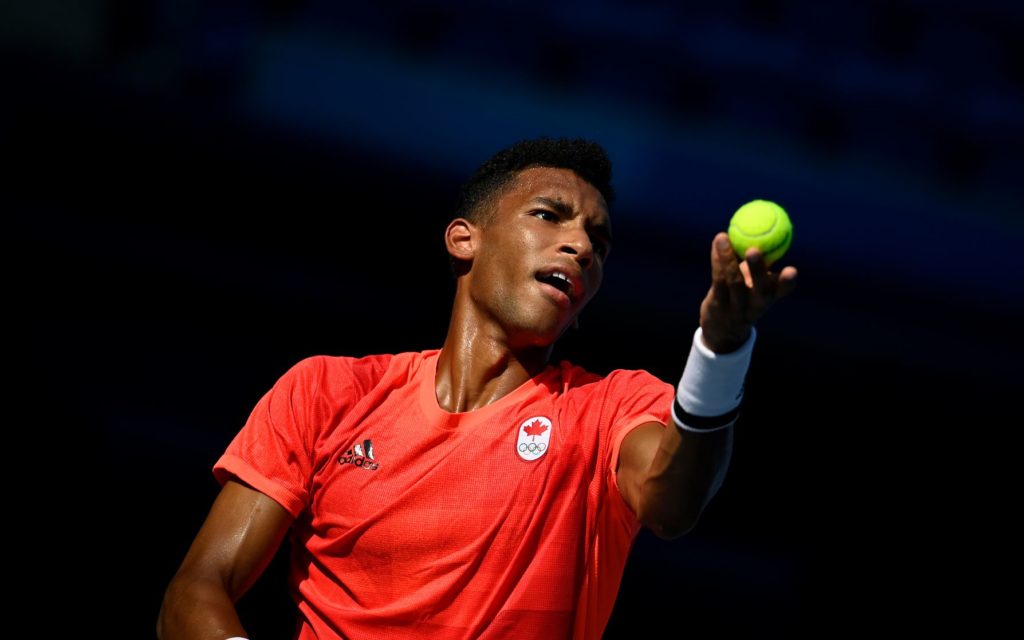 Very little went according to plan for Félix Auger-Aliassime in his Olympic debut on Sunday, as the lone Canadian man in Tokyo was upset in his first-round match by a surprise opponent.

Auger-Aliassime was defeated in straight sets by Australian Max Purcell, who only learned he would be competing in singles a few hours before the match.

Originally, the Canadian was scheduled to face the two-time defending Olympic champion Andy Murray in the first round, but the Brit withdrew with a leg injury and was replaced by Purcell.

The Aussie took full advantage of his opportunity, going toe-to-toe with the 15th-ranked Canadian, breaking him twice and running away with a tiebreak to secure a stunning 6-4, 7-6(2) victory.

As could have been expected, Auger-Aliassime had a chance to take control of the match early when he held break points in the second game of the match, but failed to convert.

Purcell then settled in and took his chance at 3-all, breaking Auger-Aliassime when the Canadian put a forehand into the net. That one break was enough to take the opening set.

The 190th-ranked Australian appeared to be in charge of the match when he broke early in the second set and took a 3-1 lead.

Auger-Aliassime was not going away quietly, breaking back and levelling the set at 3-all.

After saving a break point at 4-all, the Canadian was able to push the set to a tiebreak.

At 2-all, the wheels came off for Auger-Aliassime, starting with a backhand well long to give away the first minibreak.

The miss kicked off a run of five straight points for Purcell to take the breaker 7-2 and complete the upset.

Auger-Aliassime’s Olympics are not over yet, as he will be competing in the mixed doubles competition with Gabriela Dabrowski.