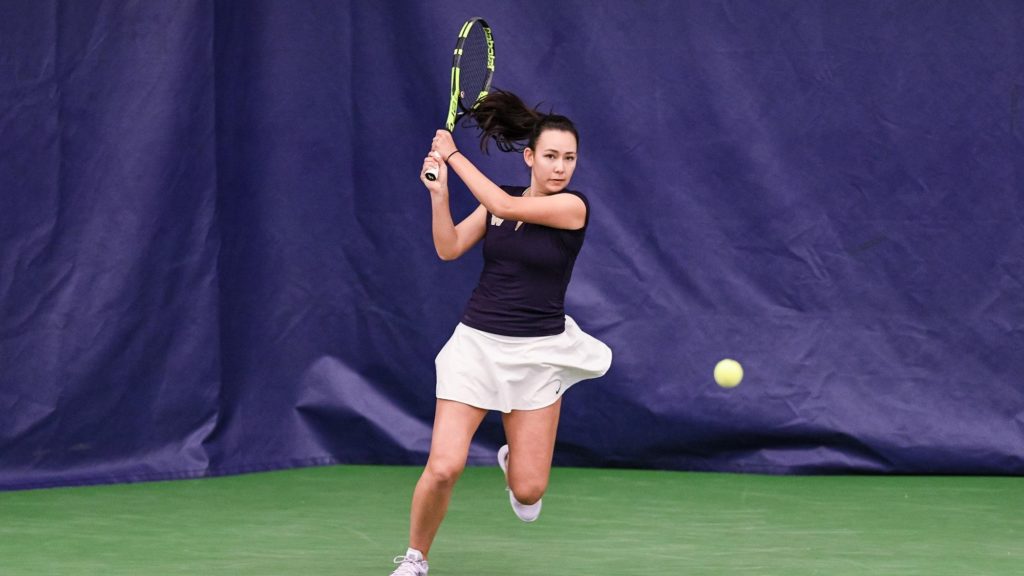 The Graystone ITF Challenger Driven by Volvo wrapped up on Sunday in Fredericton, New Brunswick by crowning a Canadian champion in singles.

Vancouver’s Stacey Fung lifted the trophy at the $25,000 ITF World Tennis Tour tournament after defeating top-seeded Arianne Hartono of the Netherlands, ranked no. 145 in the world, 6-3, 7-5 in the final. The victory is Fung’s fourth ITF title of the season and the biggest of her career with her previous triumphs coming at $15,000 events in Cancun, Mexico. She also beat the second seed, American Catherine Harrison, in the quarter-finals and fifth-seeded Czech Michaela Bayerlova in the semifinals.

The 25-year-old Canadian, ranked no. 465 in the world, spent four years playing NCAA Division I tennis with the University of Washington Huskies from 2015-2019 before turning pro. She was named an All-American during her junior year.

Hartono also took home the doubles title with Aussie Olivia Tjandramulia. The top-seeded pair got the better of Viktoria Morvayova and Anna Siskova 7-5, 6-1.

All four doubles finalists and Fung are now headed to Quebec to compete in the $60,000 Saguenay National Bank Challenger this week.